When she was young, Gianna Michaels grew up in Seattle. Her first ever job was to work as a waitress in a fast-food restaurant named Dick's Drive-In in her hometown of Seattle. She was also a receptionist a couple of years later around 2001 when she decided to move to California. It's also during his time as a receptionist in California.

Due to her big popularity and her great work, Gianna Michaels won many awards and recognition during her career as a pornstar. She won an XRCO Awards for Best On-Screen Chemistry in 2006 with Evil Angel and 4 AVN Awards. The first one in 2007 for the Best Group Scene Video, one in 2008 for the Unsung Starlet of the year, another in 2008 for the Best Sex Scene in a Foreign-Shot Production, and finally another in 2008 for the Best All-Sex Release. Gianna has also won an Urban X Award for the best Three-Way sex scene in 2011. She was also nominated in the category of the best performer of the year in 2009 at the VOD Awards.

On a more personal note, Gianna Micheals also had a chance to make a quick cameo in the movie Pirhana 3D and we also saw her in a music video of the group Dyme Def in 2010. In term of her personal relationships. It's well known that Gianna Michaels has had a couple of boyfriends and romantic relationship during his life so far. She confirmed during an interview that she has two boyfriends when she was in high school. But because she was really shy, the relationships didn't last very long. Gianna is currently single right now in 2018. But we know that she dated with fellow pornographic Cuban actor Ramon a couple of years ago. 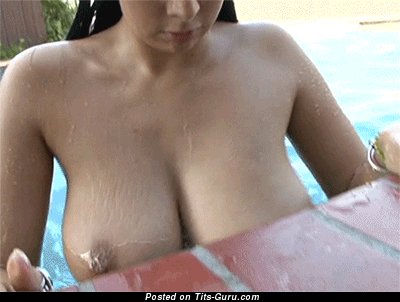 How much to much