Adriana featured in the Howard Stern Show on August 12, 2014. She also takes part in Cosmopolitan for their Sexy/Skanky article which was released in September 2014.

For some of her scenes, she is seen as taking a study break and it takes off from there. Most of the scenes though are the typical boy meets girl situation, where even the most cliché of romantic movies get their start.

Some of these are:

Adriana Chechik was born in California but grew up in Pennsylvania. She grew up in foster care and went from one home after another. She loves to go hiking and enjoys watching horror flicks with Texas Chainsaw Massacre being her favorite movie. During her breaks, she loves playing Call of Duty Black Ops. According to her biography, she has no tattoos or piercings and her tits are all hers, no plastic surgery at all.

Adriana Chechik is surely a colorful person. A lot of her fans would argue that she is one of the best in an industry saturated with talented actresses trying to break into show business. 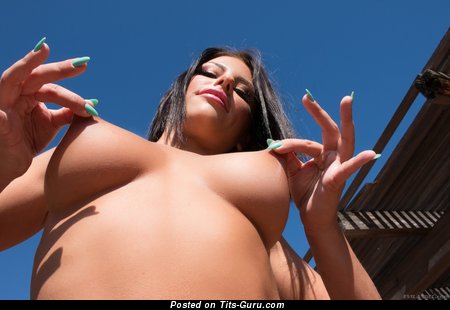